My Life as ‘Practice Coach’ — The EdTech Investor Part

The Journey from the Classroom to the Boardroom 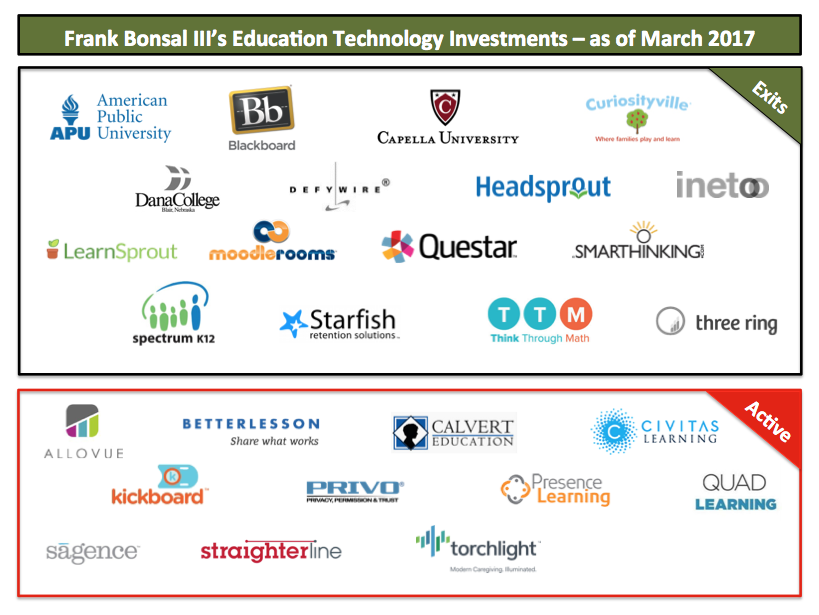 In the late 1990’s, as a full-time teacher-coach in Charlottesville, Virginia, with over a decade of part- and full-time teaching and coaching, I began to feel an impetus for the inevitable. Education, as I was experiencing first-hand, was basically the same as my research imparted it was in the early 20th century, still under-leveraging contemporary technology and processes that had been used to transform other industries. I just had to do something about it — and ever so quietly started planning a career pivot.

You can’t get there from here.

Three years later, in 2001, married, a move to Baltimore, with two toddlers, a dog, two cats, and a dream of making a dent in the education universe, I left my full-time position as teacher-coach to jump into the abyss of education entrepreneurship. This steep learning curve included apprenticeships with a highly regarded venture capitalist in Baltimore and, with a move to the Mid South, another acclaimed VC in. Nashville, and navigated my way through a Vanderbilt MBA. Returning to Baltimore in mid-2004 to build out family + profession, I settled into a boutique advisory partnership (Education Capital), maintained edtech investment efforts through Bonsal Capital, considered a startup, stand-alone early stage edtech fund, and eventually jumped into a full-time venture capital partnership (New Markets) that incrementally became majority dedicated to education technology investing. It took six years from the time I was full-time teaching to the time I was a full-time institutional investor. It was a gray period, sometimes dark gray, but always clear in its mission. Get to a place, find a platform where you can positively impact education at scale.

What’s in an industry? 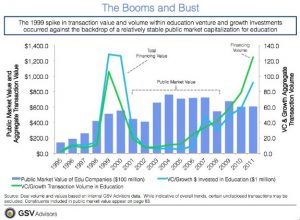 ‘EdTech’ is what can be deemed a 2–3x industry with 5–10x impact, where passion, purpose, and patience are paramount, where authenticity, evidence, and efficacy must be at the fore.

I did not know it when I began headlong in 2001, but the technology and services industry that supports and innovates in education is NOT an easy way to make a living. If it were easy, anyone would do it, right? Rhetorically, the rewards far exceed any monetary or social benefit. If your purpose is to change, moreover improve education, then you come at the problem from as many angles as you can across a lifetime to yield positive outcomes. It is a persistent, pragmatic, even peripatetic pathway. It has been my home for 15 years and, in education, edtech, moreover life, as a well-known Baltimore-born baseball player once stated,

“It’s hard to beat a person who never gives up.” — Babe Ruth

Persist or not, one does not often attempt to cross the chasm from the classroom to the board room; there are so few dots that connect them. It helps if you have been raised in robust networks of innovators, influencers, entrepreneurs, risk takers, and investors who have helped shape entrepreneurship and the venture capital industry since the late 1970s. It helps if your father, whose full name you share, is a cofounder of NEA, a global venture capital firm investing in technology and healthcare since 1978. It helps if said cofounder’s incremental, turn-of-the-Millennium departure from an evolving $B fund NEA coincides with your own departure from the classroom.

Bonsal Capital LLC was formed in 1999 by Frank A. Bonsal, Jr. to provide a vehicle for family venture capital investments. The turbulent years between 1999 and 2001 provided sincere amplitude in opportunity, return, and reflection. For two Franks, this was the genesis of a continuum outside a 25 year run at NEA, outside a 14 year run as a teacher-coach. My apprenticeship began alongside someone who was known for deal flow and crisp investment decisions. His network was unquestioned. At his peak, he was deemed the Godfather of Venture Capital in the Mid-Atlantic. And, so it began. We began to look at hundreds of edtech investment opportunities, ultimately making about one investment per year. Investments in Blackboard (1999), Capella Education (2004), and American Public Education (2005) yielded great returns but were later stage opportunities. The seed and early stage opportunities came later and via three different investment platforms.

You earn your stripes when you join a partnership, particularly when you are somewhat unproven in institutional realms. I began working to raise a second fund for New Markets in early November 2007 and felt fortunate to be a partner in a $20 million first closing in July 2008; we got busy investing when the macro-economic world fell apart that fall. We closed on our first fund investment in Questar Assessment in December 2008 and yielded a very good outcome (acquired by ETS in March 2017), an eight year return horizon; I was Board Director alongside syndicate partner Camden Partners from December 2008 until June 2014, when I resigned from my role as New Markets partner and handed off the board seat to a capable colleague who had been observer for four years. Other very good exits included Moodlerooms (acquired by Blackboard in 2012) and Starfish Retention Solutions (acquired by Hobsons in 2015), and Think Through Learning (acquired by Imagine Learning (obo Weld North) in 2016). There was also the acute pain of a write-off in Three Ring. Have I stated enough that this stuff is hard?

Across all investments and vehicles, approximately half (14 of 27) of my edtech investments were made between 2007 and 2015 and were either seed or early stage (Series A in preferred equity terms). Seven of these have been realized; of these, four have yielded 4X average returns and three were write-offs. Overall, this means 2.5X returns on a 27 investment edtech portfolio as depicted below.

Not coincidentally, slightly over half of these investments were made in companies headquartered in Baltimore and the DMV, with 65% realized (2 or 14% write-offs) and better than 3.5X return on invested capital.

The takeaway across fifteen years of edtech investing is that companies headquartered in Baltimore and the DMV have yielded better returns and with fewer write-offs than those outside the region. Coincidence? Something to be sustained? You still investing in edtech? Stay tuned for Part III, where I delve into entrepreneurship ecosystem architecture and what an acclaimed Jersey boy calls one step up and two steps back. Or more like what Morgan State’s Omar Muhammad denotes as Improve + Progress.